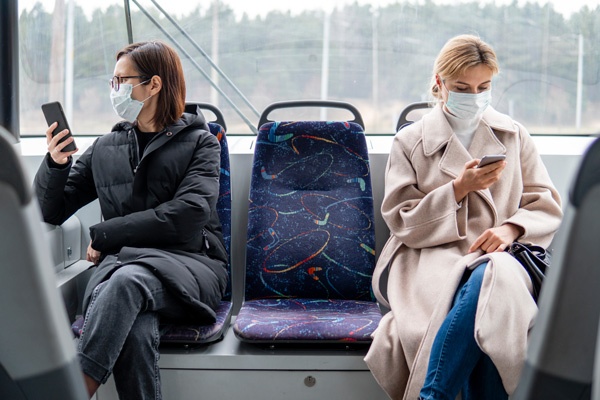 The impact of Coronavirus on maritime transport

Coronavirus continues to be a major news story. The main point of concern is its public health risk. However, there is less talk about its worrying effects on the economy. Maritime transport in particular has seen the first few months of this year dramatically marked by the impact of the COVID-19 virus.

The Chinese giant and the domino effect

The COVID-19 coronavirus first appeared in the Chinese city of Wuhan. Its appearance during the Chinese New Year, during which time industrial activity is at a halt, led the government to extend these festivities to prevent its spread in workplaces. Closures at factories and even shipyards, as well as travel restrictions, have resulted in an economic downturn in the Asian giant, the consequences of which are yet to be seen.

Within this context, maritime transport around the globe have been enduring the situation with much lower than usual transit rates of both tankers and shipping lines. China is a commercial giant now more than ever; therefore, everything that affects it ends up impacting the global economy, especially in the intermediate goods sector.

Recession in commodities and stalled ships.

Brokers and analysts have warned that the fall in demand for transport of goods within and outside China will impact the shipping industry over the next few months. For instance, the Capesize Index, which reflects the costs of freight of bulk commodity carriers, turned negative for the first time since 1999, which means that shipping companies are taking losses on some routes while others are cancelling.

Meanwhile, the crisis in China has led to shipyard closures. This situation, which translates into losses for shipowners due to their ships being stalled, is especially dramatic at a time of adaptation to the IMO 2020 mandate, requiring the adaptation of ships to generate less emissions.

There are still more boats that are out of use, due to crews that have been trapped on board due to being in quarantine either in Chinese yards or at ports such as Singapore.

Activity at ports such as Wuhan has also been disrupted. The main Chinese ports are running at a capacity between 20-50% below normal, and storage facilities for multiple ports are overwhelmed.

Uncertainty for the maritime sector

While China has made a major effort to curb the epidemic and the situation there is stabilising, the coronavirus has become a global phenomenon that is adversely affecting both the economy and transport. Maritime transport will be therefore doubly impacted and will have to face the challenge of a very grim start to the year in terms of figures.

The prospect of finding a vaccine or controlling the epidemic worldwide could lead to a return to normal and to the recovery of the maritime sector. However, even without fully appreciating the effects of a Chinese downturn and the trajectory that the virus will take in the rest of the world, we still need to be cautious.