Prosertek / Harbour Equipment / Seaports: how they have changed
Jan 19 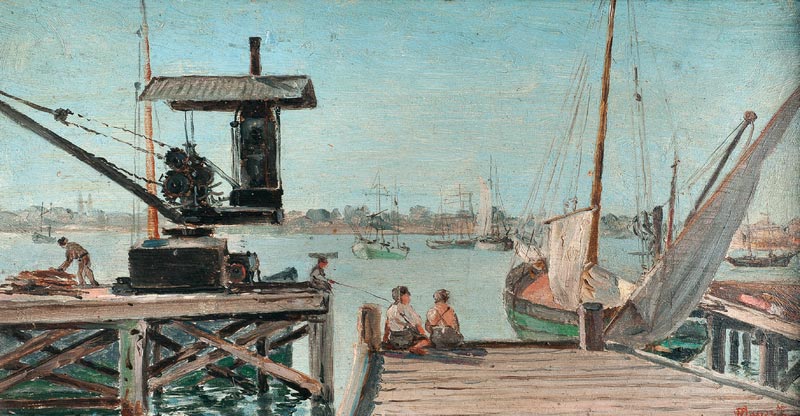 Seaports: how they have changed

As of today, the sea is the most economic global transport method, thanks to the huge capacity of new container ships, as well as technical and technological progress in the energetic efficiency of the maritime environment. Furthermore, in international trade of all types of products, it is estimated that 10% of the end price largely depends on the cost of transport. This means that sea transport is one of the preferred methods for trade, and it has been for ages. This leads us to a question: what were ancient ports like?

Earliest data on the emergence of ports reference the period spanning the 10th and 5th centuries B.C., when the Phoenicians, Egyptians and Greek built the first havens in natural enclaves that provided natural protection against inclement weather. The Phoenicians (located in current-day Israel, Syria and Lebanon) were great pioneers in sailing and international trade, thanks to the new improvements they made to the industry; for example, entering deeper waters and leaving coastal shipping by the wayside, the sailing system par excellence at the time.

This progress quickly spread to other peoples and generations. Vikings, Romans and more adopted the improvements made by the Phoenicians. Since then, events took place that brought about a true revolution as far as seaport development, port equipment, and seafaring in general, are concerned.

What can we say about the discovery of America in 1492, an event that opened up new borders to the world and increased trade routes for the majority of civilisations? Or opening the Suez and Panama Canals in 1869 and 1914, respectively, leading to impressive savings in costs and time for trade sailing? Also of note is the year 1956, when standardised containers (TEU), measuring 20 and 40 feet, came about. This encouraged universal trade, as well as new logistical systems at ports. Furthermore, around the year 2006, mega container ships were developed, capable of loading a greater number of containers. This lowered the price of maritime transport. We might also mention amplification of the Panama Canal.

Of course, evolution in sea travel did not take place on its own. It also led to revolutionising port equipment, starting from the very first port technologies. Over the course of more than 2,000 years of history, new materials, such as rubber or different metals, were developed. Furthermore, technology developed at a dizzying speed, changing port configurations forever.

As such, with the emergence of steam engines, revolutionising the entire global industry between the 18th and 19th centuries, new dock construction methods were invented. These methods include the finger pier or “T-type”, for which the first rudimentary fenders were developed, all the way to the most advanced materials we have today, which are mainly elastomer-based. The introduction of new materials also played a key role in other equipment, such as gangways and cranes, where new materials and mechanisms provide for more functional and safer equipment, including telescopic systems that facilitate use and save on time and cost.

Yet the most striking case are mooring systems. The first techniques consisted of driving stones or sticks directly into the ground, or even storing the boats on dry land, given how lightweight wooden watercraft were at the time. Today, bollards, which are in general use, are beginning to be replaced by more advanced mooring systems: quick-release hooks. This has improved efficiency in terms of time and costs for ports.

At Prosertek, with over two decades of experience in port equipment, we are fully aware of how sailing and the maritime environment has evolved, and is evolving. This is why our product catalogue offers all kinds of supplies for perfect port operation, with a wide range of fenders, bollards, quick-release hook systems and cranes and gangways, in addition to other items.