Prosertek / Ports / The largest container ships in the world
Feb 23 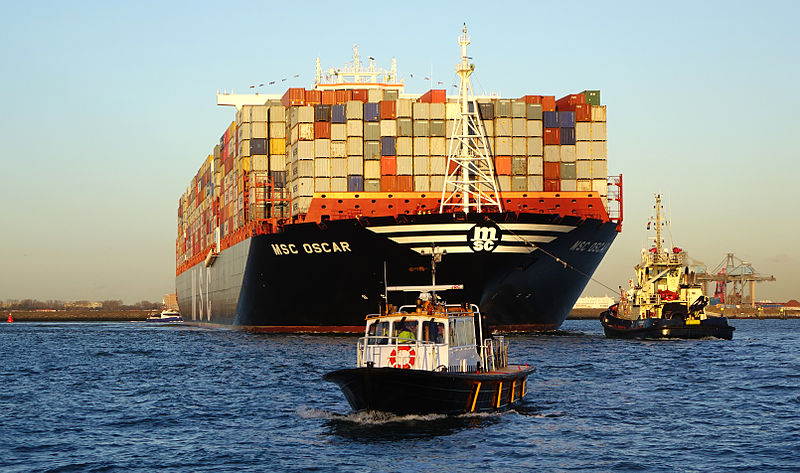 The largest container ships in the world

It is named Oscar, and can store a paltry 19,224 TEU. To date, this is the largest container ship in the world. This colossus, owned by the Mediterranean Shipping Company (MSC), shares seaways with other ships also worthy of mention, due to their huge transport capacity. These include its Olympic class brothers (MSC Oliver, MSC Zoe, MSC Sveva, MSC Maya) who also have the same load capacity.

In second place, we have CSCL Globe, owned by the company China Shipping Container Lines (CSCL), that can hold up to 19,100 TEU. Along with it, we have the Globe series, owned by the same company: CSCL Pacific Ocean, CSCL Indian Ocean, CSCL Atlantic Ocean and the CSCL Arctic Ocean, with the same capacity.

In third place, we have United Arab Shipping Company’s (UASC) A19 class ships with 18,800 TEU. Al Muraykh, Tihama, Al Nefud, Al Dahna, Barzan and Al Zubara are responsible for connecting the Middle East with the world, just as the company introduces its fleet.

After these Top 3, we have the container ships from Danish shipping company Maersk’s triple E series, with 18,340 TEU, commissioned to the Korean company Daewoo Shipbuilding & Marine Engineering. The noteworthy features highlighted by the company include a reduction in CO2 emissions of 35% per transported container.

With 14,074 TEU load capacity each, we have the Star, the CSCL Saturn, the CSCL Mercury, the CSCL Mars, the CSCL Uranus, the CSCL Neptune, the CSCL Jupiter and the CSCL Venus, which belong to the Star Class of the Chinese CSCL, also twice included in this “top” list.

This is a list of large container ships that will soon be surpassed, because MOL has commissioned 20,000 TEU ships, the same capacity that Maersk Line and other shipping companies are aiming for.

This huge capacity to move merchandise is what leads shipping companies to order these enormous ships. These ships special characteristics require specific services and infrastructures, from secure mooring and unmooring elements (such as bollards, quick-release systems, fender systems, etc.), cranes to move containers, etc. In short, port equipment that the Prosertek company is specialised in.