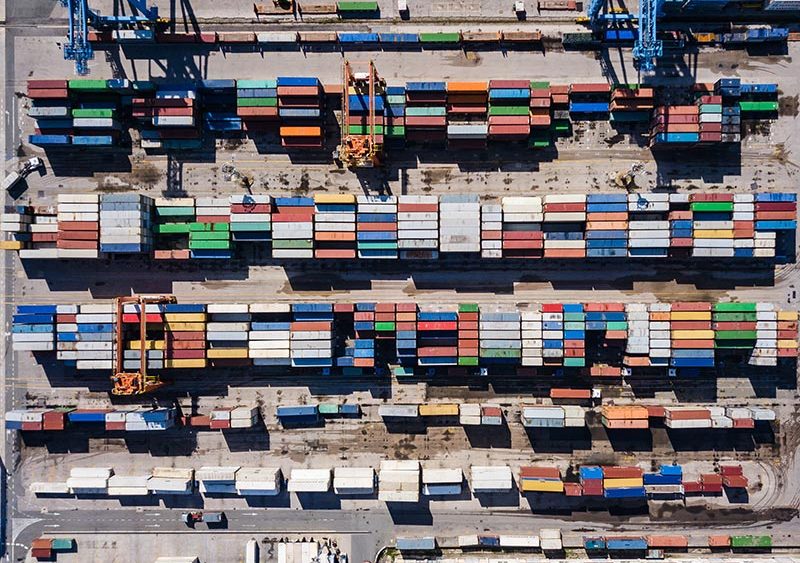 Progressive technological progress applied to the industry means that machines that do not require human intervention and software are increasingly present in all work processes. Seaports are also involved in this development, especially the ones with containers.

From Rotterdam to Yangshan (Shanghai, in China), to Lázaro Cárdenas (in Mexico) and many more, there are a large number of seaports that have added technological tools to make them automatic or semi-automatic. How did they do this? And what are the advantages and disadvantages of this automation?

Why did we highlight these three ports? We begin in China, since the largest automated container terminal in the world was inaugurated last December in Yangshan (it has 2.2 million square metres, and a 2,350-metre coastline). In statements made to the press during its presentation, port managers highlighted the increased efficiency of port management and carbon emissions reduced by up to 10% as several of the benefits brought about by automation.

The TEC II at Lázaro Cárdenas, in Mexico, was inaugurated in April 2017. It has become the first semi-automated premises in Latin America of this kind. And it was precisely this feature that stood out as the main draw for the industry.

As far as the Rotterdam Port is concerned, it already has several terminals with automated facilities. In fact, it is considered as one of the first ports to operate with this type of organisation (it began in the 1990s), and today, its processes are managed by software with remote human supervision. This is what they do with the stacking cranes, that handle the containers, transport vehicles and more.

We might also mention a port close to us: Bilbao. Last November, it inaugurated a new automated access point for lorries to the terminal. Managers highlighted that this will provide for more efficient container reception and delivery, significantly reducing wait times for lorries, in addition to entirely guaranteeing control over the process and a real-time record of operations conducted.

All the examples we have described offer a view of the benefits provided by automation. To wit: better management and control over the work processes carried out at the terminal, with real, instantaneous information on all operations conducted.

As far as equipment is concerned, at Prosertek, we are ready to meet the challenges this terminal automation may pose with our technology. Thus, the BASA berthing aid system provides for monitoring the sea terminals and facilitating approach and berthing operations, thereby reducing the risk of accidents. A measurement system has been proven to be the safest and most precise method. There are also automatisms and remote controls for quick-release hooks, and automation for the gangways. These systems provide for development of communication systems with the DCS through MODBUS protocols, SNMP agents (alarms protocol) and APIs for integration with third-party systems.