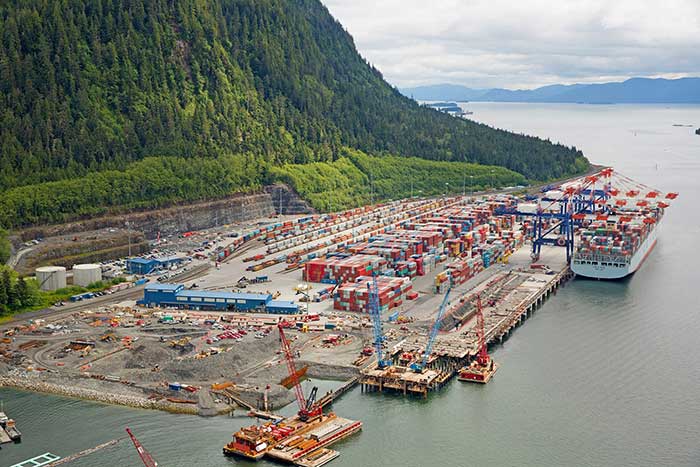 Canada is preparing its ports to receive more containers. Maritime cargo transport is growing dramatically in this North American country thanks to the rise of global trade, especially with Asian ports. This situation has prompted the Canadian government to establish the reinforcement of its main ports’ load capacity as a priority, the volume of which grew 4% up to 4.5 million TEUs in 2019.

These leading ports on the east coast of Canada are working in on the expansion and improvement of their terminals to assimilate the growth of cargo volumes.

The Port of Halifax is finishing up the expansion of its docks to accommodate mega container ships. The new expansion at the PSA Halifax container terminal will allow for the accommodation of two vessels from 14,000 TEU to 15,000 TEU at the same time. This work is a top priority, as the port authorities believe that this is the time that carriers will decide on the purposes of these large ships for the next five years.

It is also looking at two long-term expansion options: the creation of a second permanent docks at the PSA terminal, as well as a possible new container terminal on the other side of the port.

Meanwhile, the Port of Montreal will begin expansion of the Viau container terminal, which will almost double its capacity, from 350,000 to 600,000 TEUs. The port may also begin work on a fifth terminal this year.

In terms of transport infrastructures, Montreal has launched a project to add 3.7 miles of track to the internal rail service connecting the different port’s terminals. This project will allow the assembly of longer trains and reduce stay times. The construction of a fifth container terminal, called the Contrecoeur terminal, is also hoped to start in 2020.

Vancouver and Prince Rupert: gateway to the American Midwest

Meanwhile, the Vancouver and Prince Rupert western ports are jointly focusing on capitalising on their strategic advantages; particularly the rapid ocean transit times from Asia and intermodal train tariffs, which are more economical to Chicago than if the route departs from U.S. ports such as Seattle and Tacoma. It plans to increase capacity by 4 million TEUs as part of is short- and long-term infrastructure projects.

Prince Rupert is expanding its range of containers to increase capacity to 1.6 million TEUs by 2021, following the addition of a second docks to its Fairview terminal. A second phase of expansion will increase the capacity up to 1.8 million TEUs by mid-2022 thanks to the relocation of maintenance facilities.

An expansion of the Centerm container terminal in Vancouver, scheduled for 2022, will see its current 900,000 TEU capacity grow to 1.5 million TEUs. The increased capacity will represent three years of volume growth on the west coast of Canada. The Vanterm container terminal in Vancouver is also undergoing an expansion project that will add 200,000 TEU capacity.