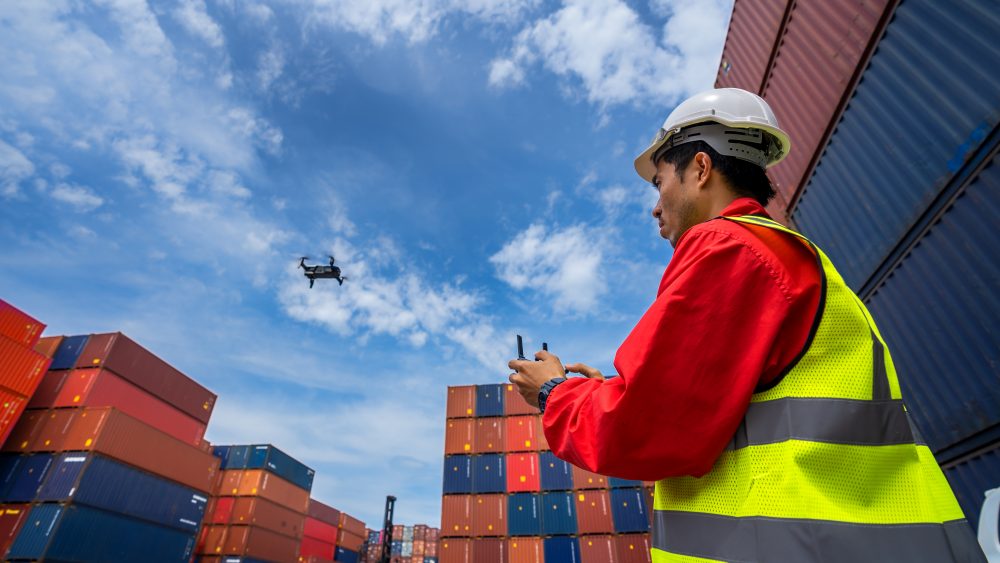 The IMO rule 2020 to reduce ship emissions is now underway. With it comes challenges to ensure compliance. When ship inspections are insufficient or do not work, we call on a flying ally to guarantee that shipowners take the environment seriously.

We are talking about drones. They are already being used in the maritime sector, for example to contain piracy. Now, leading ports around the world have begun using tracker drones to patrol facilities to spot violators of this new environmental standard.

Last January 2020, the IMO regulation obligating boats to reduce sulphur emissions entered into force. The result of applying this measure is costly for shipowners since they must use more expensive fuel. For this reason, there is suspicion that some of them may cheat, reducing costs even at the expense of being caught.

This risk would not be so high without the aid of drones. Now, public servants may use these drones to filter the tens of thousands of vessels entering and exiting their ports and detect a ship that is consuming non-regulatory fuel.

It is important to note that drones signal which direction to look, but a physical inspection is required to corroborate the violation. Moreover, the authorities must then take samples of the fuel if they are to be used in a trial as physical evidence. Notwithstanding, drones facilitate regulation surveillance to an incredible extent and are much more efficient than routine checks.

Last year, maritime authorities in Norway discovered at least five violations of sulphur regulations and began using drones. In Singapore, the largest refuelling port in the world, regulation violators risked prison sentences of up to two years. As we can see, the fight against environmental violators is no trifling matter, and this new regulation is now only taking baby steps.

In the Netherlands, where the sulphur limit in sea fuel is set at 0.1%, they are working to use these unmanned aircraft. The country’s local authorities argue that the drones are profitable and will provide for much more efficient application of the law, according to Marco Buitelaar’s words, director of the ILT’s clean ship programme (Inspectie Leefomgeving in Transport).

In Rotterdam, the largest port in Europe, they want to go even further and are undertaking preparations to use a large unmanned flying vehicle that can move more than 16 km from the coast to detect ship emissions. They call it a “super-drone”, and it will be able to analyse emissions from ships that are even further out, at sea.

It is foreseeable that many countries will soon hop on board. Once efficiency has been proven, we should prepare to see drone patrols guarding the environs of the busiest ports in the world.