Prosertek has installed the Berthing Aid System (BAS) and its different modules in ports all over the world, guaranteeing not only success of the project, but also a long-lasting collaborative relationship. 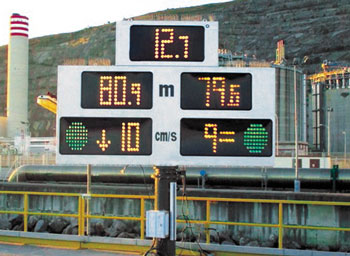 Prosertek has collaborated with Miesa to set the BAS in motion with the Dockmoor-BM module to monitor berthing and unberthing, as well as the Dockmoor-MS to control mooring line tension.

In Dunkerque, the third-most important port in France, Prosertek cooperated with Techint to install the BAS with modules to monitor berthing and unberthing (Dockmoor-BM), measure mooring line tension (Dockmoor-MS) and to control environmental conditions (Dockmoor-ER).

The Port of Castellón, or PortCastelló, is currently the Spanish port with the highest growth, leading Mediterranean logistics platform.

This increase in goods transport is reflected in the speed and efficiency gained with the berthing aid system provided by Prosertek and BP-Oil to these port installations, which have the following modules: monitoring of berthing and unberthing maneuvers (Dockmoor-BM), control of mooring line tension (Dockmoor-MS), and measurement of meteorological factors (Dockmoor-ER).

The Port of Bilbao offers maritime services in connection with more than 800 ports all over the world. As such, Prosertek worked with Petronor and Sato to implement the Berthing Aid System (BAS) with all of its available modules, i.e.:

As well as acting as a strategic enclave for providing port maritime services, the Port of Algeciras Bay also has a berthing aid system implemented by Prosertek and Ecolaire.

The modules configured to cover the specific needs of these facilities were Dockmoor-BM for monitoring berthing and unberthing, Dockmoor-MS for measuring mooring line tension, and Dockmoor-ER for controlling climatological conditions.

The Port of Barcelona maritime services provider operates as a commercial port, passenger port, energy port and logistics port. It receives the highest cruise ship traffic in the Mediterranean basin.

As such, Prosertek and Enagas worked on a project to implement the BAS and its Dockmoor mooring line tension module, helping to monitor the berthing lines of the port facilities.

The Port of Gijón is the most important in Spain for movement of solid bulk; it is also one of the leading maritime ports in the whole entire Atlantic Arc.

The Port of Cartagena is recognized worldwide as being one of the best ports-of-call for cruise ships and one of the main destinations for transatlantic liners. It is a benchmark location for stopovers.

Prosertek has collaborated on two occasions in the development of projects to implement the Berthing Aid System (BAS) in this port in Murcia, one with Repsol, and the other in collaboration with Enagas.

The biggest port in Andalusia, and the second largest in Spain, it is constantly undergoing improvement processes.

This is why it engaged the help of Prosertek and Enagas to implement one of the world’s most innovative berthing aid systems: the BAS.

As well as the BAS installation, it also has the Dockmoor-BM module for monitoring berthing and unberthing maneuvers and the Dockmoor-MS for measuring and controlling mooring line tensions.

The Port of Tarragona specializes in industrial transport and has a specific platform for tankers carrying crude oil and its by-products. It is one of the largest ports in the Mediterranean.

Given that safety and speed are two of the priorities at this port, Prosertek joined forces with Repsol to introduce the BAS along with modules to monitor berthing and unberthing (Dockmoor-BM), measure mooring line tension (Dockmoor-MS) and to control meteorological conditions (Dockmoor-ER).

The Port of Sagunto is one of the Spanish ports that transports the greatest variety of goods, specializing in natural gas, private cars, container traffic, iron and steel products and solid bulk.

Handling this kind of goods requires constant monitoring to guarantee the safety of both the workers and of the facilities, without sacrificing efficiency. A such, Prosertek joined forces with Sener to implement the BAS and configure the Dockmoor-BM module to monitor berthing and unberthing maneuvers, the Dockmoor-MS to control mooring line tension, and the Dockmoor-ER to measure climatological conditions. 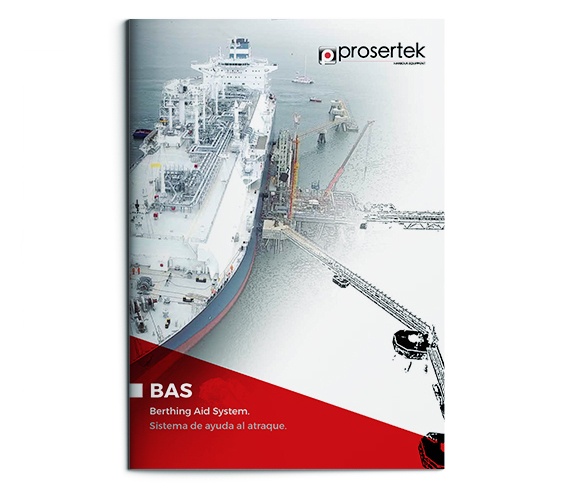