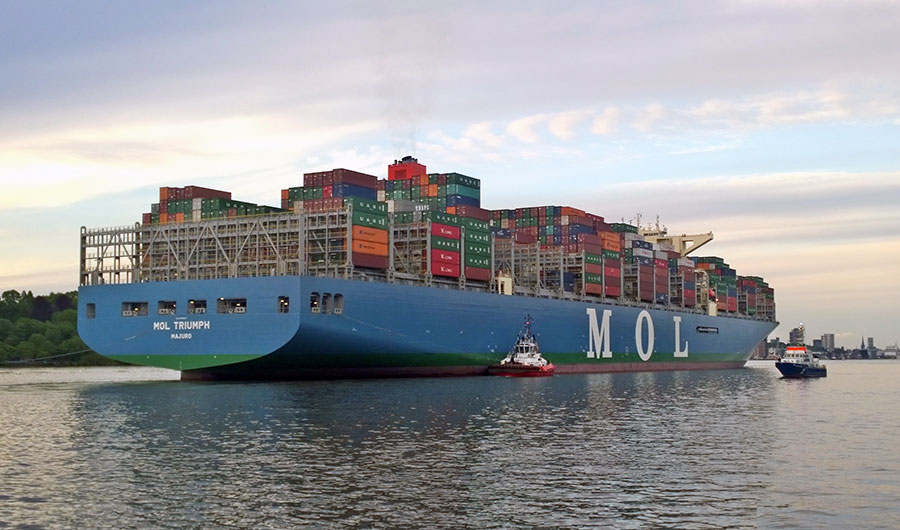 In sea transport, the size of the ship does matter. The load capacity influences costs-greater capacity entails reduced costs for moving freight-, but also the infrastructures used for and by them. Let’s see how.

Technological development has led shipyards to make new types of ships and others which, due to their huge container transport capacity, are considered true titans of the sea. Additionally, amplification of large infrastructures, such as the Panama Canal, means that ships that previously had not travelled from one ocean to the other, such as liquefied natural gas ships (LNG), can now pass through.

In addition to other issues, the recent document issued from the United Nations Conference on Trade and Development (UNCTAD) regarding Ocean Transport 2017 indicates that the worldwide trade fleet increased by 3.2%, with a load capacity of 1.86 million tonnes at the beginning of this year.

This report also indicates the increased size of ships and how investment is fundamental to improve ports. They use the United States as an example. Between 2000 and 2016, it spent 68.8 million dollars in private investment on 292 projects to improve port infrastructures and superstructurs. In fact, according to the UNCTAD, private operators improve port infrastructures and services, in addition to contributing to increased sustainability and competitiveness, by providing new technologies and improving management of the supply chain, connectivity with the interior and door-to-door delivery.

This is not the only example. Other sources reference plans of certain port authorities in Europe, such as London or Liverpool, or countries such as Indonesia, to invest in improving their infrastructures to draw larger ships to their facilities.

Transport and insurance costs make up approximately 15% of the value of importations on average, but this figure is much higher with smaller, vulnerable economies. The constant burden transport costs pose to many developing countries has to do with lesser port efficiency, unsuitable infrastructure, limited economies of scale and decreased transport market competitiveness.

In short, there are many challenges at all levels posed by ships, especially large ones, and one of them has to do with port infrastructures. Offering appropriate fenders, berthing aid systems, bollards, quick-release hooks, telescopic gangways, etc., is fundamental to draw this sort of large-sized ship.

In this regard, the work carried out by companies such as Prosertek is remarkable, a specialist in port equipment. We are backed up by over 25 years of experience, with a broad product portfolio that can be seen at different ports all over the world, with a staff who ensures that our clients’ needs always reach a safe harbour.