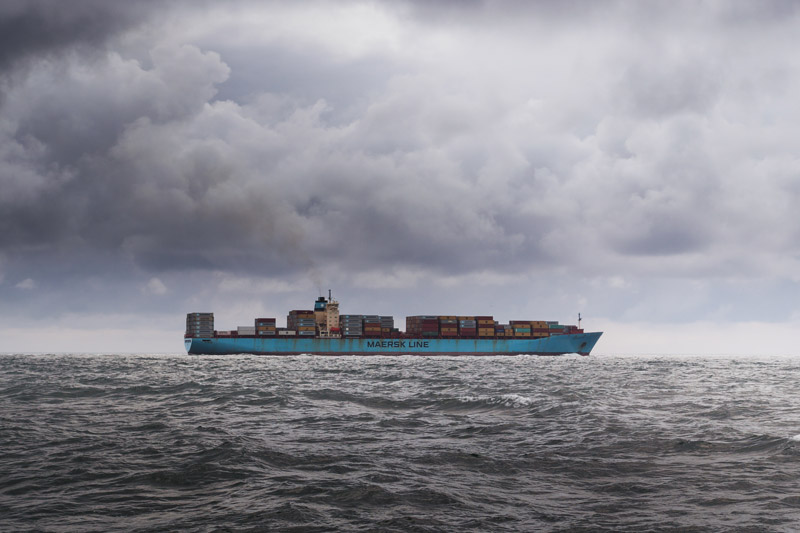 Every year, the insurer Allianz Global Corporate & Specialty (AGCS) publishes its report, Allianz Safety & Shipping Review. Its 2018 issue highlighted a reduction in sea claims and advances in terms of safety, as well as emerging climate and cyber attack alert challenges and the constant of the human error that is so hard to minimise.

This report contains certain noteworthy figures, which analyses data from 2017. A total of 94 vessels worldwide were involved in claims, compared to 98 from the previous season, which represents a decrease of more than 33% over the last decade. The most frequent results of the total claim cases involve sinking (61 cases), followed by stranding (13) and machinery damage and breakdown (8).

1 out of every 4 of these accidents was mainly due to adverse weather, especially typhoons and hurricanes. Therefore, claims mainly took place in notoriously high-risk areas such as Southeast Asia, South China and the Arctic. However, it is worth noting that human errors remain the leading cause of sea accidents.

While the figures from the report are relatively positive, it warns of new threats for the sector, such as derivatives from the use of new technologies on board ships, which also affect the type of claims faced by the sector. Other new realities in the sector are also highlighted, such as the ever-increasing size of container vessels putting to the test anti-fire protocols as well as increasingly unpredictable weather.

Based on the data, the insurance company claims that the greater automation on board means that cyber attacks or technological incidents will be joining claims such as collisions or groundings. The latter brings to mind NotPetya, a cyber attack that caused traffic jams in close to 80 ports, putting the sector at risk.

However, technology offers more opportunity than risk, with the report highlighting sensors in this regard, increasingly present on vessels. These instruments are capable of measuring and monitoring a wide variety of parameters such as time, water conditions, temperature, humidity of the cargo and of course the proper condition of the machinery, to ensure safer and more effective navigation.

Berthing aid systems are already a reality at port terminals, and it is hoped that their role will continue to grow, allowing greater automation while minimising the risk of human error. We are talking about BAS Systems such as DockMoor, developed by Prosertek, which enables the monitoring of sea terminals and facilitation of the approach and berthing operations, offering extremely precise metrics.

The sector has the tool that will allow it to continue to reduce its claim rate in the future, thanks to these technological tools and other signs of our times, such as the use of drones or blockchain technology, without losing sight of the human factor.