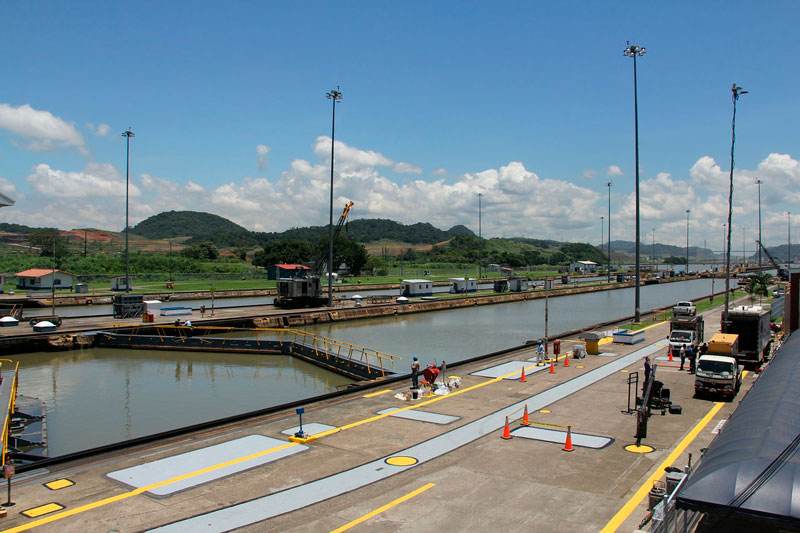 Two record-breaking years following the expansion of the Panama Canal

The Panama Canal has reason to celebrate. 26 June last marked two years since its expansion, a major infrastructural investment for shipping transport that has already significantly paid off in this brief period of time.

The most significant upgrading project in the century-long life of this emblematic interoceanic waterway between the Caribbean Sea and the Pacific Ocean has resulted in record growth across all segments. According to Jorge L. Quijano, CEO of the Panama Canal, this step has fulfilled the commitment to “mark the beginning of a new era for world trade” with which the project was undertaken, the results of which speak for themselves.

Some of its most important achievements include the crossing of 3,745 neopanamax vessels to date. This term is used to describe vessels equipped to sail through the new Clear Water and Cocolí locks (in the Atlantic and Pacific, respectively). This figure is testimony to the efficiency of the route and the renewed commitment of the shipping industry in the canal.

Milestones and records of the new canal

The new canal has not stopped breaking records,particularly the setting of a new monthly tonnage record of 38.1 million tons (PC/UMS). It also saw the Norwegian Bliss make its way through the gates, with its more than 168,000 gross tons and 5,000 passengers, making it the largest cruise vessel to have crossed the canal to date. Mention must also be made of the Theodore Roosevelt container ship, which crossed the waterway with a capacity of 14,863 TEUs, where a TEU is the standard measure of a container, of about 6.1 meters.

The new neopanamax locks have also enabled the growth of the interoceanic waterway in terms of capacity, flexibility and efficiency, increasing its reservation spaces from six to eight, accommodating larger vessels and increased tonnage and increasing the maximum permitted draught. This has been especially beneficial in the LNG segment, which has experienced the highest rate of growth, with a total of 358 crossings, a figure that is expected to continue to demonstrate the commitment of the new canal to the environmental challenge posed in the industry, where a reduction in emissions is a must.

Prosertek in the Panama Canal

These good results are not just down to luck. The expansion of the Panama Canal was a mammoth project involving several stakeholders and this success was completely due to the joint effort put in. One of these participants was Prosertek, through its design and manufacture of 68 winches. Winches are machines responsible for facilitating the mooring of vessels on both sides of the canal, when they have to stop between locks during the crossing, as well as the clearance approach docks.

A fully verified process, thanks to how Prosertek has also managed theoretical and practical training on the use of the winches delivered to about thirty technical staff from this canal that has a bright future.