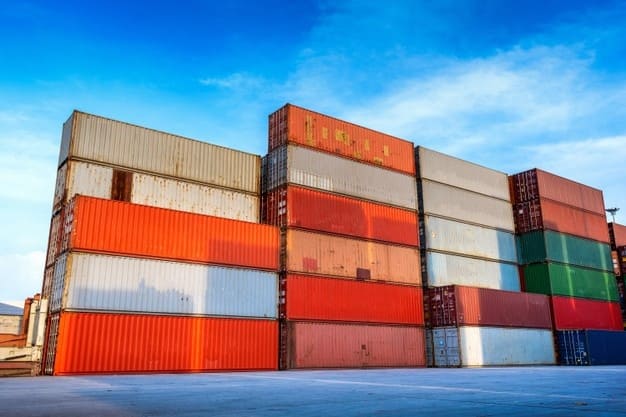 Container back-up at the Port of Los Angeles

The container crisis is impacting the global logistics chain. A new issue emerging in the United States is the lack of storage space at ports as well as delays, lack of supply and urgent need for labour.

The storage problem is particularly evident at the ports of Los Angeles and Long Beach in California, which account for about 40% of all U.S. imports. Cargo has been backing up with tens of thousands of containers stuck at ports and a record-breaking 110 ships waiting to dock, the vast majority of which are container carriers.

The problem is the shortage of labour to handle the containers that are backing up at the docks. This means that ships have to wait for increasing amounts of time for space to be freed up, with waiting times of up to three weeks.

The priority involves freeing up space in order to be able to store the containers from the ships that are waiting and thus speed up supply chains. The first step in this direction involved adopting a round-the-clock operation at the ports. This measure has not been very effective due to the lack of lorry drivers to cover so many shifts.

The last step for port operators involves charging fees to shipping carriers who leave containers taking up port space. This will amount to $100 per container, plus $100 for every day that they overstay (more than nine days for containers brought by trucks and more than three if shipped by rail).

Experts are predicting the declaration of a state of port emergency if this situation does not resolve itself. The Biden-Harris administration has not ruled out the possibility of deploying the National Guard to handle the containers.

The importance of good port management

This extreme situation has highlighted the importance of proper port management. In this specific case, the ports of Los Angeles and Long Beach have been affected by a shortage of space that they had been unable to foresee.

The problem is that any miscalculation in a globalised economy affects the entire logistics chain, from ships to the stock on shelves at our stores. And as a last resort, certain retailers are redesigning their supply chains to become immune from disruptions.

Amazon has resolved this issue by reorganising its shipping and warehouse networks in order to be able to redirect its imports to ports on the east coast of the U.S. in the event of any bottlenecks on the west coast.

Walmart, meanwhile, has built an import distribution centre near Houston, designed to receive Chinese goods by rail from California or through the Panama Canal and the Port of Houston.