Prosertek / Ports / How have berthing and anchoring systems evolved?
May 13 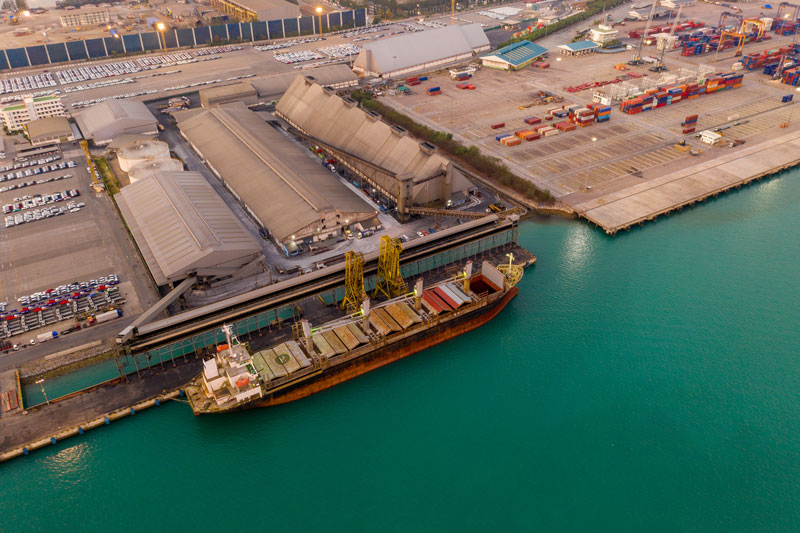 How have berthing and anchoring systems evolved?

Much has changed in berthing and anchoring systems, from rudimentary bollards and anchors to the digital systems of today. A brief review of this evolution is worthwhile.

Berthing and Anchoring from Ancient Times to the Middle Ages

China added bronze and copper to reinforce the anchor’s structure, although this progress did not reach the West until Greece in the 7th century B C, when Anacharsis developed what was considered to be the first anchor with stock. Two centuries later, iron was widely-used.

In the Middle Ages, innovations in berthing systems came about, such as winches and stone bollards.

From the 17th Century to Modernity

After the discovery of America, berthing techniques were perfected to adapt to increasingly brief port stays for vessels with ever-greater tonnage. This period was known for the Admiralty Anchor, the main anchoring system until the 19th century.

Stockless anchors, which were easier to handle, replaced anchors with stock. This sort of anchor descends vertically. When it touches the seabed, it tilts in the working direction.

The 19th and 20th centuries brought sophistication in berthing systems, with the introduction of the  fairlead, bollard, cleat and double bollard, customarily found at today’s port facilities.

In the early 70s, Strainstall developed the first berthing stress monitoring system. It used load-measurement plugs to discover the stress on a berthing line.

In 1990, the same company installed the turnkey system Berth Manager at a Hong Kong terminal. Thirteen computers and environmental and weather sensors were networked to provide data on vessel behaviour and environmental conditions.

The Future of Automatic Berthing

Today, many are making efforts to promote automatic berthing systems to reduce human error, responsible for 80% of port accidents.

The most promising is the vacuum-based ropeless berthing system. It works by attaching a series of suction cups to the vessel’s hull. This reduces impact and eliminates manual cable handling, all while reducing wear on the hull and the port’s fender systems.

Some time ago, Prosertek embarked on a journey to reduce accidents at port by using cutting-edge technology. We firmly believe in the BAS berthing aid system, a multi-modular system that can be adapted to all terminals, offering vital information to improve operations and guarantee safety.

This system may be complemented by the Portable Pilot Unit (PPU), a portable pilot device that obtains exhaustive information on distances between static and dynamic points and that streamlines manoeuvres by predicting the vessel’s future position in real time.