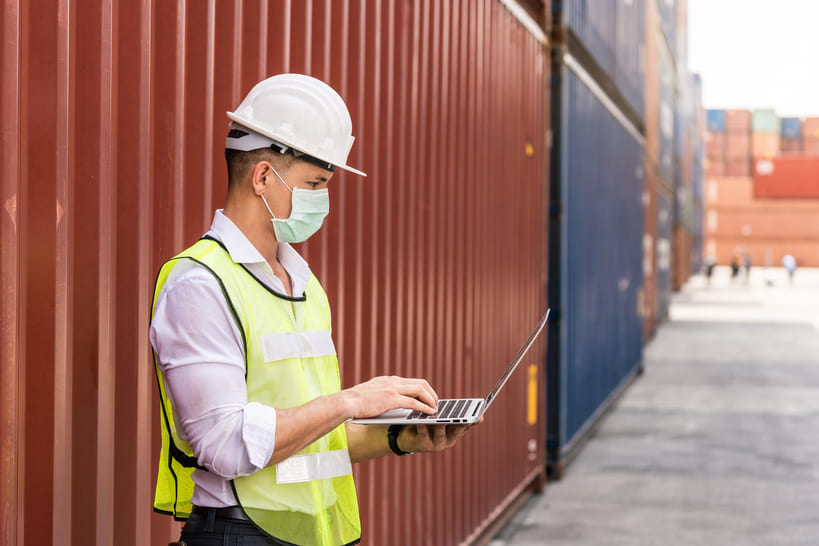 Impact of COVID-19 on maritime transport

In recent months, nothing has escaped the impact of COVID-19, and maritime transport is no exception. The pandemic has dealt a rough blow to the market, creating all kinds of unforeseen movements and causing losses to the tune of millions of dollars.

The numbers of a maritime sector in pandemic

As reported at the UN Conference on Trade and Development (UNCTAD), 2020 saw an almost 10% drop in worldwide maritime trade. According to the trade association International Chamber of Shipping (ICS), losses caused by the pandemic for the shipping industry total 350 million per week.

And that is not all. Despite the downturn in maritime trade, the prices for container transport have quadrupled on average in recent months, from 1,500 dollars to almost 5,000. This phenomenon bogs down recovery. There is a market imbalance, with demand for transport far outweighing supply.

These negative numbers can be firstly explained by the interruption in operations following the pandemic, including port closures, issues in replacing crews, and new transport protocols to reduce infection. More complex is what happened in the second half of the year, when China’s rapid return to production led to a bottleneck due to container shortage.

Causes of disruption to maritime transport

The problem with the containers partially arose because they stopped being produced during confinement, but especially due to the unexpected surge in demand to replace stock in the United States and Europe. This ended up emphasising the trade imbalance with China that made it profitable to bring containers to the West, but not so much to return them. Thus, hundreds of containers were left waiting in the USA and Europe’s ports.

We must also not forget that mobility restrictions have supercharged online shopping. A sudden global demand for goods also helped prices to rise, since container availability has not increased.

Another aspect of the problem is reduced port productivity, as they faced health problems that translated to longer wait times. Since it takes longer for them to unload, there are fewer ships in movement to meet transport demand.

Lastly, the European Shippers’ Council is denouncing speculative, monopolistic policies, stemming from shipping company alliances that exceed 30% of the market established by maritime trade regulations. This circumstance is also contributing to an arbitrary, opaque increase in fleets.

Towing the undeniable panorama of reduced maritime traffic around the world behind us, we must face 2021 with a dose of excitement. Fortunately, with the vaccination process underway around the world, perspectives for recovery are good. Although it may take a few months to return to pre-pandemic volumes, the sector will gradually benefit from more solid economic activity and greater container availability.