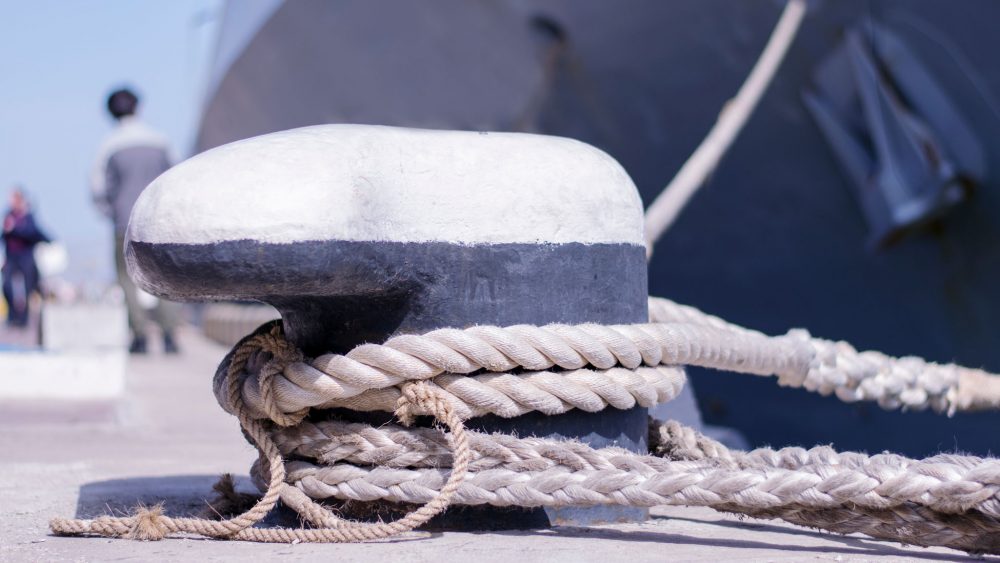 The most common mooring methods

Mooring is a procedure to anchor the ship to a fixed or floating element and keep it connected during loading or unloading operations. Safe mooring must withstand several forces, such as wind, the current, the tide and waves.

We are going to review the most common kinds of mooring, what they consist of and when it is advisable to use each one of them.

Ship-to-Ship transfer means mooring two ships in parallel to transfer cargo. During this operation, one of the ships may be anchored, or both of them in movement.

The procedure consists of an anchored or stopped ship being approached by another, at the most reduced angle possible. During the approach, the manoeuvring ship comes close, seeking a parallel course, reducing the distance until the fenders are in contact.

This mooring method consists of a floating dock or buoy outside the port to handle liquid or gaseous cargo from ships like oil vessels. It is used in ports that do not have specific facilities for this sort of large ship.

The ship is tied to a buoy with the aid of one or two chains which are secured on-board at the end of the prow. This mooring operation requires favourable weather with low waves and wind.

With this mooring method, the ship’s prow is secured with its two anchors, while the poop is secured to a buoy. The berthing position is approached at a 90-degree angle. The starboard anchor is released at a determined location as the ship moves forward. When the ship stops, the port-side anchor is released, thereby positioning the poop along the central line bifurcating the buoys.

When there is a strong wind at port and a boat must be moored without tugboats to a dock not resistant to impact, Baltic Mooring is used. The captain or the pilot use the ship’s anchor and on-board cables to reduce this impact, mooring the ship such that it is berthed lengthwise to the dock.

This consists of mooring the boat in perpendicular to the dock, with the poop surface parallel the jetty. This procedure is used when there is insufficient dock space to moor the boat. It is also used when there is a ramp on the poop connecting to the hold (for example, a car carrier).

Lastly, ships sometimes use the anchor along with the mooring lines to drag the vessel outside the jetty while anchoring or de-anchoring, thus helping to control the speed of lateral movement toward the dock.

Of note in this modality are Running Mooring, which provides greater control over the ship, and Standard Mooring, used during cross winds, and which takes longer.